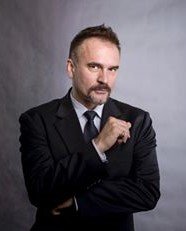 Drago Lazetich is an award winning Director and was born in Yugoslavia and grew up in California and studied Theatre Arts, Acting Techniques such as Method, Meisner and with the Legendary Film-Maker Roger Corman.

For Cinematic and Television Show Roles, in his Acting Career, Drago has worked in numerous Productions (it could be well over 60).

The latest being the Lead for Shanghai Story, release in 2021 and Directed by Andrej IIiev, and in China's The Eight Hundred (Ba Bai) which topped the World-Wide Box-Office chart with nearly $440 Million! Drago played the Lead Foreign Actor, Directed by Hu Guan, and released in 2020.

For his own Independent Film work as a Writer, Director and Producer, Little Milo has had much success in International Fil Festival's, having one of his students win Best Actor for his Lead Role.

Drago Endeavor's to have more of his own students (whom has had training in his Acting on Film Work-Shops) to participate in his future Film Projects.